In February 2017, over 188,000 residents of Oroville and nearby cities were ordered to immediately evacuate during a dramatic turn of events at the nation's tallest dam.

Within 24-hours of the evacuation being initiated, CatapultEMS was immediately the most used emergency communication tool during the emergency with: 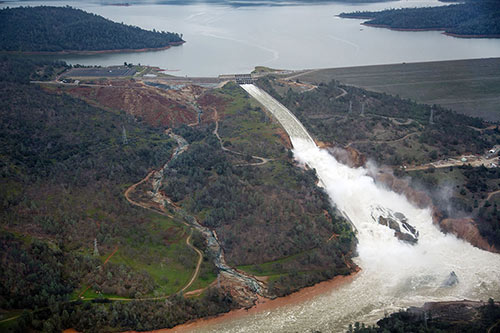 As the event continued, communication between staff, teachers, law enforcement, and districts was clear, organized, easy, and prompt. School officials knew how to proceed and law enforcement was not burdened with having to reach out to each school official as additional reports updated information regarding the dam failure.

Within a couple weeks of being trained, this school was faced with their first code red lockdown. Watch a firsthand account of what happened when a principal, locked out of his own school, managed this emergency from his car!

Book a Demo Get a Quote